Apart from the zodiac signs, the constellation also have a right over the parts of the body of Kaal Purus. Kalpurush is that ideal person of astrology on whom all the houses, signs, palnets and constellations are implanted. The study proceeds only with respect to kaal purush. According to the Nakshtra in which you were born, that part of your body is mainly affected. As the situation prevails in the horoscope of the rest of the Nakshatras,the effects of the planets, the houses of which those constellations represent, their effects also get included.

Planetary constellations exert their own influence at different places on the earth, due to which different types of species, trees, plants and minerals are born. In the same way, each planet has negative and positive effects on the body also. If you come to know that which part of your body is getting damaged, then you will also know that by which planet it is being affected, then surely you will be able to take measures for that planet. So let’s know which planet has its effect on which part of the body.

Surya :- the sun is the place in the body in the center of the head. The effect of the sun remains on the brain and our intellect. Sun also affects our bones, pancreas, head, eyes and heart.

Moon :- There is an effects of moon on the heart and water of the body. This affects our mind. It teaches to imagine. Moon also affects our will and lungs.

Mercury:- there is an effect of mercury on tongue, teeth and nostrils. This governs our speech, behavior and intellect. It makes us capable and learned. Mercury also affects our digestive systems, skin and air.

Guru:- the effects of Guru remains on the nose and the air of the body. If the air in the body is good, then both knowledge and luck will be good. Guru also influences our knowledge, bile and fat.

Shukra:- The effect of venus remains on semen, juice and skin. If it is good then the person will be attractive as well as he will enjoy wealth and female happiness. Venus also affects our genitals.

Saturn :- The affect of Saturn remains on the bone and the navel. If the bones in the body are not strong, then nothing will be right. The navel is the center og our life. Saturn being good means that the person will be knowledgeable and meditative. Saturn also affects our knees, heels, nerves and phlegm.

Rahu:- There is an effect of Rahu on the top of the head and on the face. Rahu also affects our intestines.

Ketu:-  Ketu is form the throat to the heart and the effect of ketu remains on the feet. If the legs are weak if you keep rotting then ketu will be ineffective.  If good, then the person will be good in aystical science. Ketu also affects our intestines. 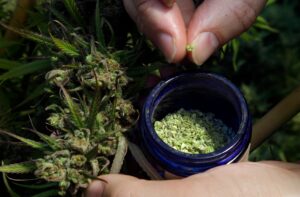